The History of New Years Resolutions 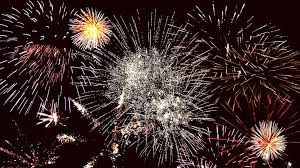 The start of a new year holds within it the promise of a clean slate, a fresh start, a new opportunity. To ring in the new year, most individuals in the world today create resolutions that will lead towards becoming a better version of him or herself. Ever wonder why we have this tradition? Historical sources indicate that it dates back 4,000 years!

The ancient Babylonians are believed to be the first to hold recorded celebrations in honor of the new year. They celebrated mid-March* with a religious festival known as Akitu. During Akitu, the ancient Babylonians planted fresh crops and made promises to the gods to pay their debts and return anything they had borrowed. These promises were essentially the basis of our current New Year’s Resolutions.

The tradition continued in ancient Rome centuries later. Julius Caesar modified the calendar, marking January 1 as the first day of the new year. The month of January was named after the Roman god Janus, who figuratively looked back at the previous year and ahead into the new year. Like the ancient Babylonians, ancient Romans made sacrifices to their god and promised to be good in the coming year.

The practice of creating New Year’s resolutions continued to evolve as time progressed. Early Christians treated it as somewhat of an ultimate day of repentance. Evangelical Protestant churches carry that tradition to this day, providing night services on New Year’s Eve that are meant for praying and creating resolutions. The Jewish religion also still considers the New Year to be the ultimate Day of Repentance. However, the Hebrew calendar is based on the reading of the Torah. In Judaism, the New Year falls in mid-September on the Gregorian calendar and is known as Rosh Hashannah. It is one of the holiest days of the Jewish religion. Though religious beliefs and the desire to appease the deities led to the formation of modern New Year’s Eve celebrations, the tradition is mostly secular today. All around the world people celebrate the transition into a new year surrounded by friends or family and vow to focus on self-improvement for the coming months.

At Full Sail Graphics & Marketing our New Year’s Resolution is simple. We resolve to improve upon our already strong commitment to excellent products, prices, and service.

With over 50 years of combined experience in graphics and marketing, the Full Sail Graphics team is confident that we will deliver quality graphics on time and on budget. If you’re looking to improve your work place, please feel free to give us a call at (714) 274-6706 or visit our website at http://fullsailgraphics.com .

* At the time, the modern Gregorian calendar was not yet created. The ancient Babylonian calendar provided the new year as the time of planting the new crops.